National Pilgrimage of the Relics of Saints Thérèse of Liseux, and her parents Zélie and Louis 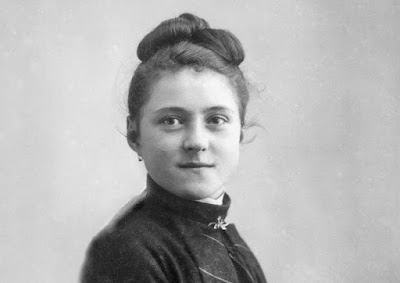 For the first time in nearly 20 years, the relics of St Thérèse of Liseux, one of the most popular Saints of modern times, will visit Australia on a four month pilgrimage along with the major relics of her parents, Saints Louis and Zélie Martin.

The relics will be visiting our Parish as part of the pilgrimage, and will be at St Charles Borromeo Catholic Church, Ryde on Tuesday 17th March 2020.

From February to May this year, the family's relics will travel across the country to 17 dioceses in city and rural areas, with major opportunities for devotees in Sydney. The pilgrimage is being coordinated by Catholic Mission, in partnership with InvoCare.

Known as the Little Flower of Jesus, St Thérèse is the Patron Saint of Missionaries. Her relics last came to Australia in 2002, where they were met with an outpouring of admiration among the faithful in Sydney. 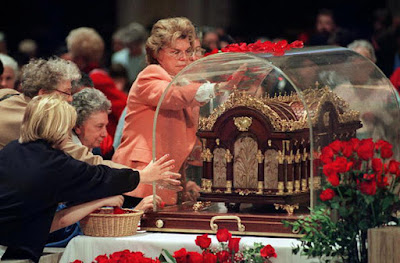 "The plan at St Mary's Cathedral was to have a Mass and about three hours of veneration," recalls Fr Brian Lucas, the National Director of Catholic Mission Australia. "As it happened, more than 20,000 people passed through the Cathedral, which remained open for 36 hours straight. There were also 400, 000 people who venerated the relics nationally."

Fr Lucas believes the pilgrimage will be a powerful moment of connection between Australians and an immensely popular and beloved Saint.

"I think the great legacy of St Thérèse of Liseux is the example she gave through her writings of her connectedness to God," he said. "Her struggle with weakness but her fierce determination to be loyal and faithful to God's will is the legacy that everyone can participate in."

The realisation of the simplicity of her message will give people a firm foundation for their own spiritual journey.

"The pilgrimage of the relics in 2020 will be an opportunity for Australians to come together, to have that sense of belonging, and to find inspiration in the life of St Thérèse and her parents," said Fr Lucas. 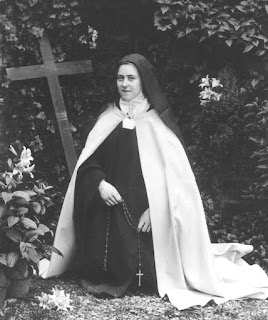 Generations of Catholics have admired this Saint, referred to as the "Little Flower", and found in her short life more inspiration for their own life than in volumes by theologians. Thérèse was born in France in 1873, and died when she was 24, after having lived as a cloistered Carmelite Nun for less than 10 years. She never went on missions, never founded a religious order, and never performed any specifically great works.

The only book of hers, published after her death, was a brief edited version of her journal, Story of a Soul. Collections of her letters and restored versions of her journals have been recently re-published. Within just 28 years of her death, the public demand was so great that she was canonised.

In 1997, she was proclaimed a Doctor of the Church by Saint John Paul II. 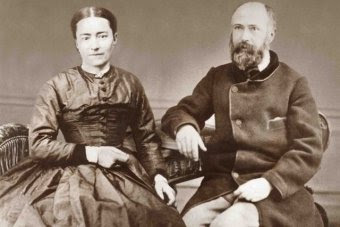 Zelie Guerin (1831-1877) was a lace maker. Born into a military family, Zélie described her childhood and youth as "dismal". Her mother and father showed little affection.

As a young lady, she sought unsuccessfully to enter the religious life. Zélie then learned the Alencon lace-making technique and soon mastered this painstaking craft. Richly talented, creative, eager and endowed with common sense, she started her own business and became quite successful.

Notable as these achievements were, Zélie was yet to reveal the depths of the strength, faith and courage she possessed until she wholeheartedly undertook her life as a wife and mother. 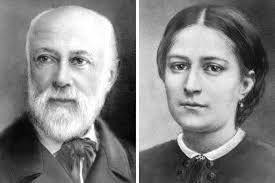 Louis Martin (1823-1894) was a watchmaker by trade. he also skillfully manged his wife's lace business and was also born into a family of soldiers. Louis absorbed the sense of order and disciple that army life engenders, but his temperament tended toward things of the spirit.

At age 22, young Louis sought to enter religious life at the monastery of the Augustinian Canons of the Great St Bernard Hospice in the Alps. The Abbot insisted the young candidate learn Latin, which he found extremely challenging, and he eventually had to leave the monastery due to illness.

Fortunately, Louis' desire for holiness was realised through his love for his wife, his redemptive suffering, and his later years as a single father following Zélie's death.

He is now venerated as a Patron Saint of mental health issues, due to his struggles with dementia towards the end of his life.

If you'd like to read more about St Thérèse and the Martins, the Archdiocese recommends the following books:


More information
You can find more information about the pilgrimage, including the full itinerary, online at: catholicmission.org.au/relics

[Adapted from the 'National Pilgrimage of the Relics of Saints Thérèse, Zélie and Louis Parish Guide', by Catholic Archdiocese of Sydney and Life, Family and Outreach, 2019]
Labels: archdiocese pilgrimage relics saints